How can we help you today?

With the new OBS-mx buttons, there are a lot of questions about what switch to choose.  We thought we would share one of the best descriptions we have found.  Text and images are shared with the permission of elitekeyboards.com.

We carry Cherry MX based keyboards that are currently available with five varieties of Cherry MX switches, all of which are mechanically compatible in size and shape, but differ in their internal workings; as such they are suited for different applications. Cherry MX switches are made by ZF Electronics (formally known as Cherry Corporation) and detailed technical specifications can be found on their website here.

Commonly, Cherry MX key switches are known by the color of their plastic keystem which can be seen when the keycap is removed. Aside from color, these switches differ in three important ways.

1. Change in force required over the keystroke

Each kind of switch defines itself with a resistance or force which varies over the duration/travel of a keystroke. As you will see in the Travel vs. Force diagrams for each Cherry switch (below), each switch reacts differently as you press and release. Note the unit of force in these diagrams is cN or centi-Newtons, 10 cN is equivalent, for practical purposes, to 10.2grams on planet earth; so approximately 10 grams for the sake of discussion.

Keyswitches react with an increase in force in order to provide tactility, prevent errant keypresses, or facilitate rapid actuation. With Cherry MX switches, resistance is lowest at the top of the keystroke and highest at the bottom. This maximum resistance/force is important to consider, since a higher resistance means more work for you! 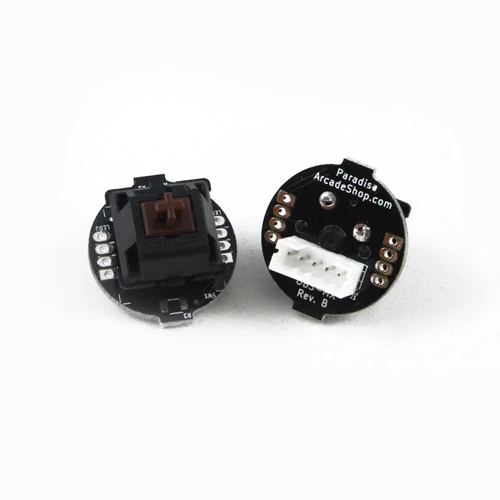 "Brown" switches, found in all Brown Tactile Touch keyboards are non-clicky switches that are essentially defined by their tactile "bump," or rapidly increasing point or resistance, which occurs between 1 and 2mm into the keystroke. The subtle physical sensation Tactile Touch switches provide indicate to your finger that the key has been actuated*, so that you can move your finger onto its next destination; this tactility along with the low resistance/force these switches provide make them well suited for fast touch typists in quieter environments. (Force requirement: 45 to 60cN) 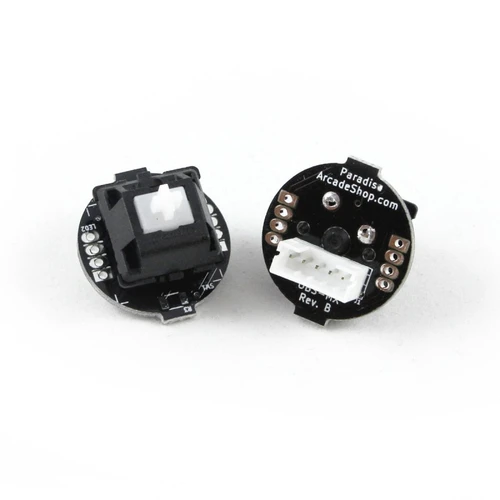 "Clear" switches, found in all Clear Tactile Touch keyboards are non-clicky switches that are essentially defined by their strong tactile "bump," or rapidly increasing point or resistance, which occurs between 1 and 2mm into the keystroke. Unlike Brown Tactile Touch switches, Clear Tactile Touch switches provide a much more pronounced tactile bump. Also, the higher resistance/force of these switches make them better suited for touch typists with higher than normal finger strength.(Force requirement: 55 to 65cN) 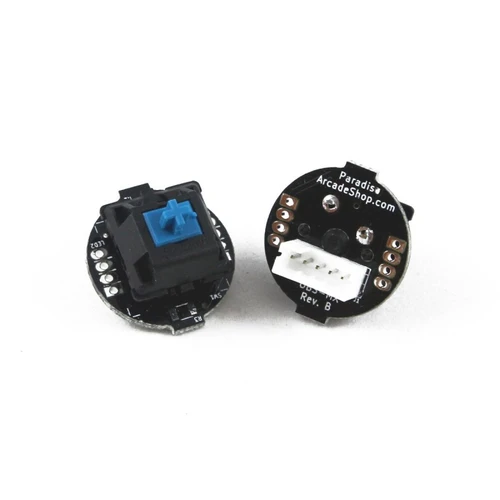 "Blue" switches, found in all Tactile Click keyboards, are a CLICKY switch, which like the Brown switch, have a tactile "bump," or rapidly increasing point or resistance at 1-2mm, but with the addition of an audible clicking mechanism which tells the world they have arrived! The Blue Tactile Click switches differ from the Tactile Touch primarily in that they create an audible click. Like their "Brown" brothers, "Blue" Tactile Click switches have a tactile bump to indicate to your finger that the key has been actuated*, and the strong clicky feel and sound leaves no doubt, so your finger can move onto its next destination. The low resistance/force of these switches make them well suited for fast touch typists, particularly those who are nostalgic for the sound of typewriters and terminal keyboards. (Force requirement: 50 to 60cN) 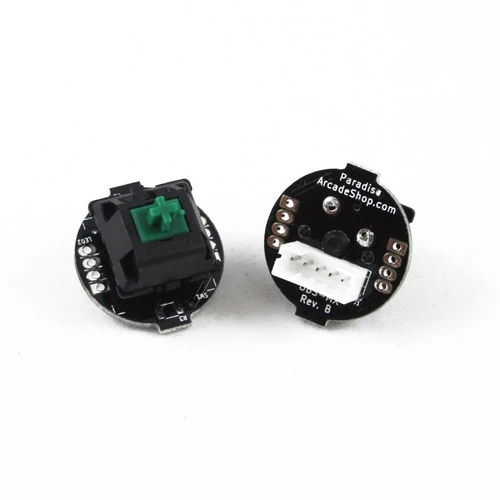 "Green" switches, found in all Tactile Click keyboards, are a CLICKY switch, which like the Brown and Blue switch, have a tactile "bump," or rapidly increasing point or resistance at 1-2mm, but with the addition of an audible clicking mechanism which tells the world they have arrived! The Green Tactile Click switches differ from the Blue Tactile Click switches, but with a heavier spring. The higher resistance/force of these switches make them well suited for touch typists with STRONG fingers -- you've been warned! (Force requirement: 70 to 80cN) 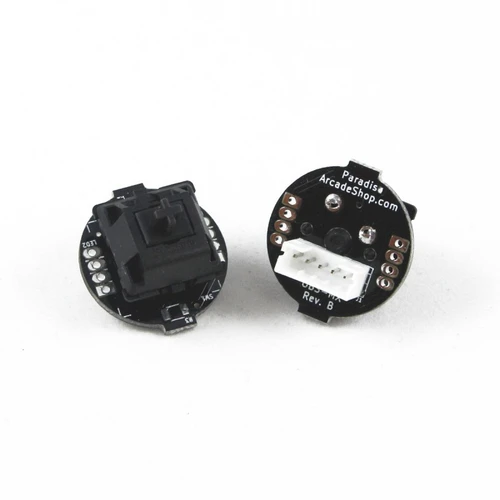 "Black" switches, found in all Linear Force keyboards, are unique in that their resistance increases at a constant rate over the keystroke. This linear characteristic provides a smooth uninhibited keystroke that affords the user with more control and quicker key reset, hence they are well suited for fast paced gaming where repetitive keypresses are the norm. The addition of higher resistance makes Linear Force switches resistant to errant keypresses. (Force requirement: 60 to 80cN) 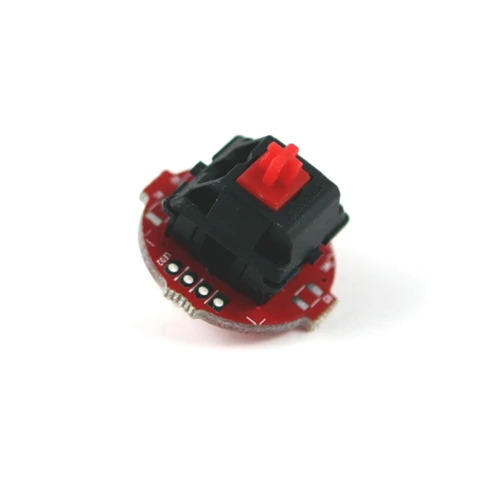 "Red" switches, found in all Linear Touch keyboards, are a unique combination of linearly increasing resistance, like the Black switch, but with lighter resistance, similar to that of the Brown switch. This lighter linear characteristic not only provides a smooth uninhibited keystroke, but also lighter resistance for a more versatile typing experience, hence they are a well suited switch for someone who switches between gaming and typing. As with all linear switches, there is no physical tactility to indicate the point of actuation, so if the switch is not pressed far enough, actuation may not occur, as actuation cannot be assured from feel alone. (Force requirement: 30 to 60cN)

* It's important to note that with mechanical switches, it is not necessary to press the switch completely down to actuate the key, they generally actuate halfway into the keystroke; which is a key benefit over your standard rubber membrane keyboard, as this provides a more consistent and comfortable typing experience.

Other factors to consider:

"Blue" switches have an audible click that occurs right before the point of actuation; this aural registration is a pleasure for some typists, but is *not* recommended for quieter settings. On the other hand, "Brown", "Black", and "Red" switches are designed to be quiet; though Black switches tend to be the quietest of the bunch since their higher resistance helps to slow your finger down before you fully depress the key, which would normally result in a clack/clapping sound as the switch bottoms out and the keycap comes in contact with the switch housing.

Did you find it helpful? Yes No

Send feedback
Sorry we couldn't be helpful. Help us improve this article with your feedback.